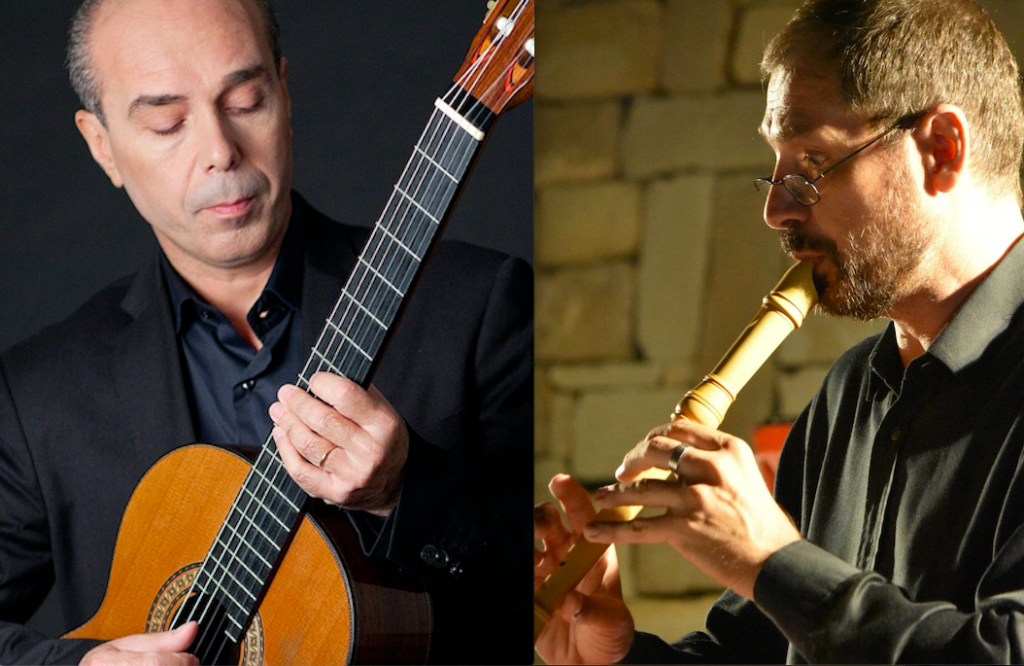 GIORGIO MATTEOLI
He graduated in cello, recorder and chamber music at the S. Cecilia conservatory as well as a graduate in literature with a musical history from the University of Rome. In addition to having studied composition, counterpoint and orchestra conducting in the conservatories of Milan and Como, he specialized in performing the ancient repertoire, both with the flute and with the cello, collaborating with renowned ensembles and concert institutions holding recitals and concerts also as director orchestra in Italy and abroad (Croatia, France, Montecarlo, Spain, Albania, Hungary, Israel, Romania, Japan, Germany, Turkey …). Soloist for the soundtracks of the International Cooproduction “The Bible” winner of the American Oscar “Kable Ace” (music by E. Morricone and M. Frisina) and author of musicological articles for the ancient music magazine Orfeo, CD Classic, is currently Lecturer of recorder and ensemble music for ancient instruments at the Cherubini Conservatory of Florence and Founder of the Baroque Ensemble “Festa Rustica”. The Ensemble includes in its vast discography (which began with the complete concert for flute and arcs by F. Mancini, CD awarded in the USA by “Fanfare” magazine as one of the best classical music recordings in the world for 1995) also many premieres (Concerts for flute by Fiorenza, Sonatas for cello by Cervetto, Sacred Music for soloists , obliged cello and strings by Francesco Antonio Vallotti besides the complete sonata for recorder and Basso continuo by Haendel) and several engravings of baroque music published from the Agorà, MAP Edition, Da Vinci Classic, Amadeus Elite, ASV Gaudeamus record companies. Giorgio Matteoli has given masterclasses in Italy and Israel and is the creator and artistic director of the successful “Brianza Classica” chamber music festival, which has reached the threshold of the 17th edition.

STEFANO PALAMIDESSI
He studied guitar and composition, graduating from the Conservatory “S. Cecilia” in Rome with the highest grades. He is the winner of over 20 international and national guitar competitions. At the age of 20 he began his concert career, as a soloist, with orchestra and in collaboration with prestigious soloists, holding concerts and recordings for over 16 TV and radio stations worldwide. As a soloist and member of various chamber ensembles he has recorded 15 CD’s for the labels Nuova Era, Ribot Classic, EdiPan, Rivo Alto, Niccolò, Guitart Collection, Brilliant Classics, Bridge Records NY. He holds specialization courses in Italy and abroad. He holds the chair of guitar in the first and second level degree courses at the Conservatory of Music of Frosinone. Author of “Metodogia del studio and technical exercises for guitar” (1999), in January 2000 he inaugurated the teaching series “Guitart” with a publication on the studies of Fernando Sor (analysis, phrasing, articulation and fingering indications). After the first worldwide recording of Fernando Sor’s complete Fantasie, published in 3 cd’s by the Dutch label Brilliant Classics, he is preparing for the same label by Eduardo Sainz de la Maza. He is preparing new recordings and publications for the Japanese label Da Vinci Editions. He is Director of the Civic School of the Arts in Rome, vice president and organizational director of the Ass. Fabrica Harmonica.