Giorgio Matteoli is a flutist, cellist and conductor. He is founder and member of the string quartet "The Palm Court Quartet" (with cross-over repertoire), of the "Mediterranean Baroque Quartet" (Italian-Israeli Baroque Ensemble) as well as conductor-soloist of the ensemble "Festa Rustica", including the most accredited vocal-instrumental groups on copies of ancient instruments of the national and international scene. Since 2019 he has been a teacher of recorder and baroque cello at the “O. Respighi ”of Latina.

He is president of the Early Music Italia Association as well as the creator and artistic director of the Brianza Classica chamber music festival which has been held with great public success for eighteen editions in Lombardy, including the municipalities of the provinces of Lecco and Monza Brianza.

He was born in Rome in 1966. He graduated in recorder, cello, chamber music with a degree in Music History at Rome “La Sapienza” University and is now appointed teacher of recorder and chamber music on original instruments at L’Aquila State conservatoire.

He was also involved into several Radio an Cd recordings obtaining positive feedbacks from national and international music critics.

As a solo recorder player he has recorded the soundtrack by Ennio Morricone and Marco Frisina to the international co-production “The Bible” which won the kable ACE (American Television Oscar) for the best soundtrack of the year. 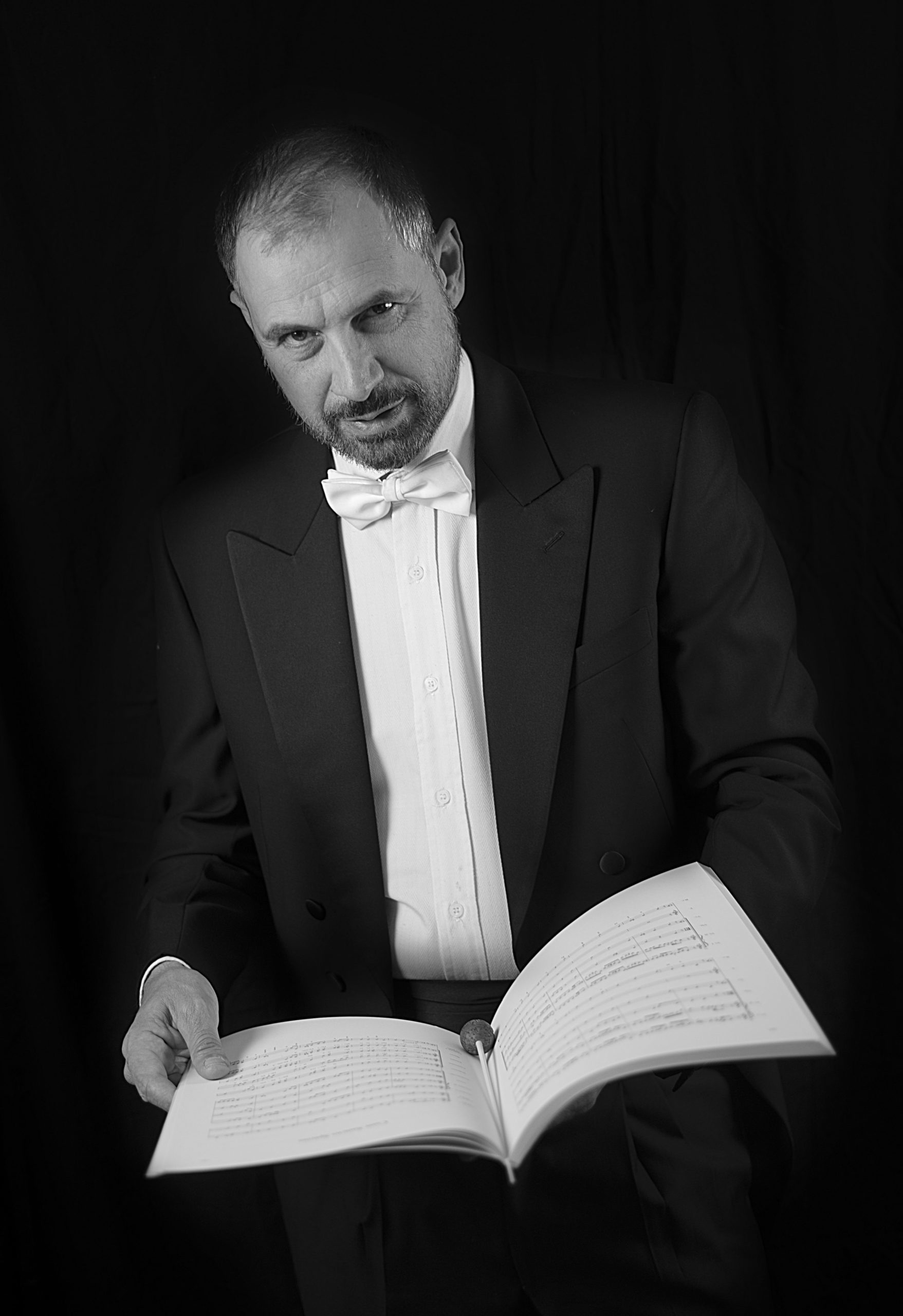 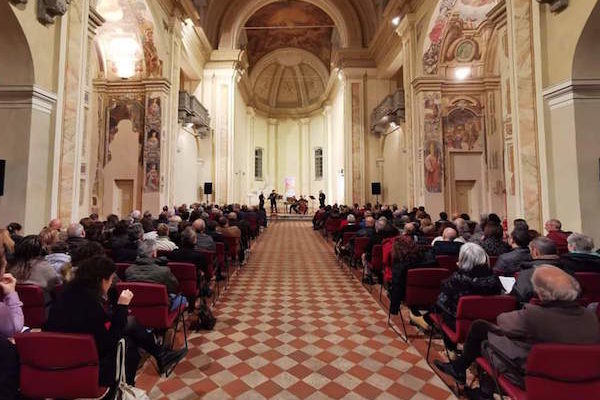 The Early Music Italia Association, of which Giorgio Matteoli is the president, was founded in 2002 and is active and operating throughout the Italian territory, especially in Lombardy where it has been organizing the “Brianza Classica” Festival for 14 years. The Association was born with the broad aims of disseminating “classical” music and instruments through concert seasons, stages, record publications. The association also operates in the Lazio region, where it has organized various events also in collaboration with the Municipality and the Province of Rome.

Giorgio Matteoli performs as an orchestra conductor or as a component instrumentalist of Italian and international ensembles for various Italian and foreign associations and institutions. 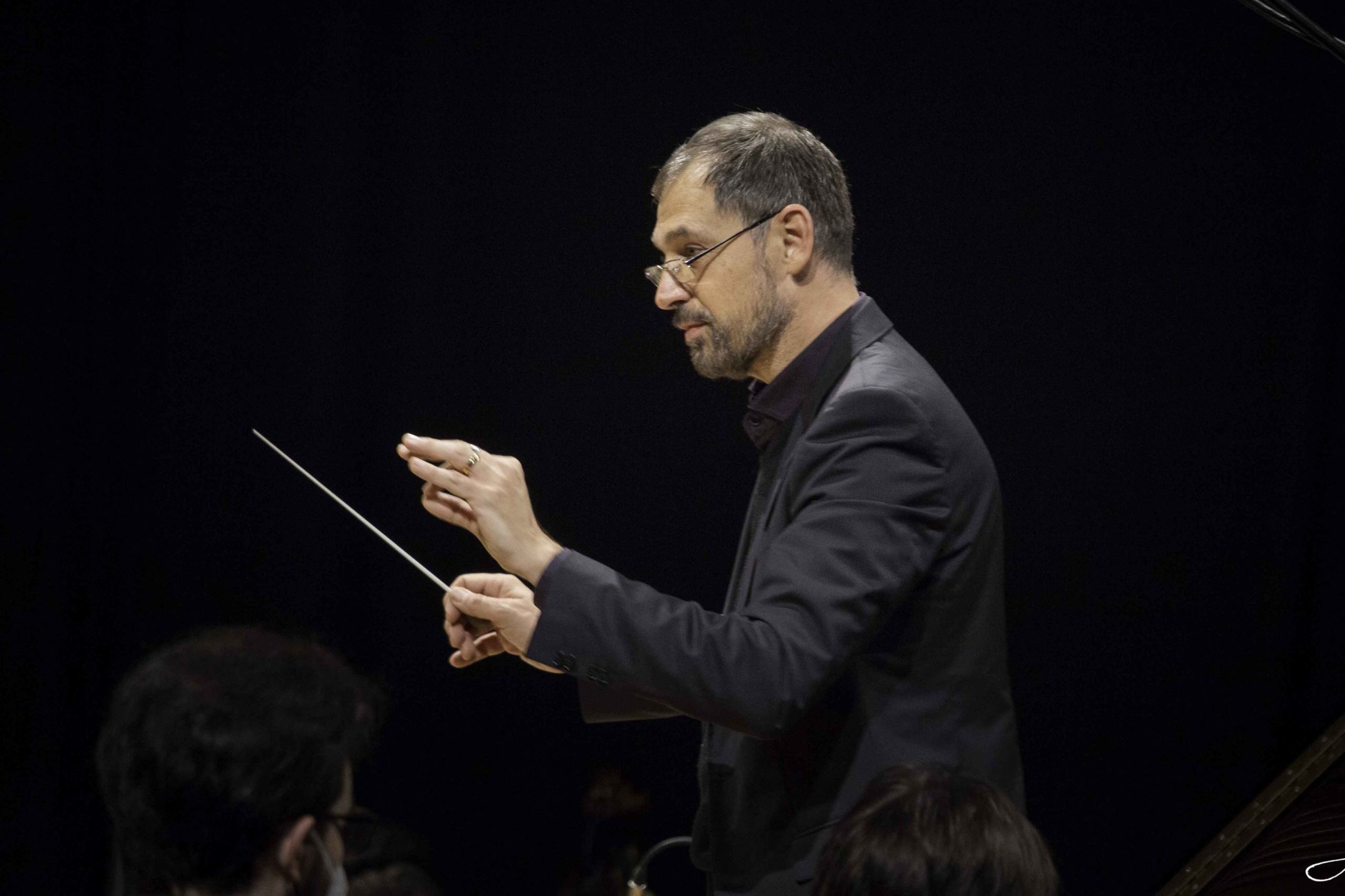 DIRECTION OF THE ORCHESTRA

In addition to stably conducting the Festa Rustica Ensemble, which he founded, he has received invitations as a guest conductor of chamber and symphonic orchestras in Italy and abroad. 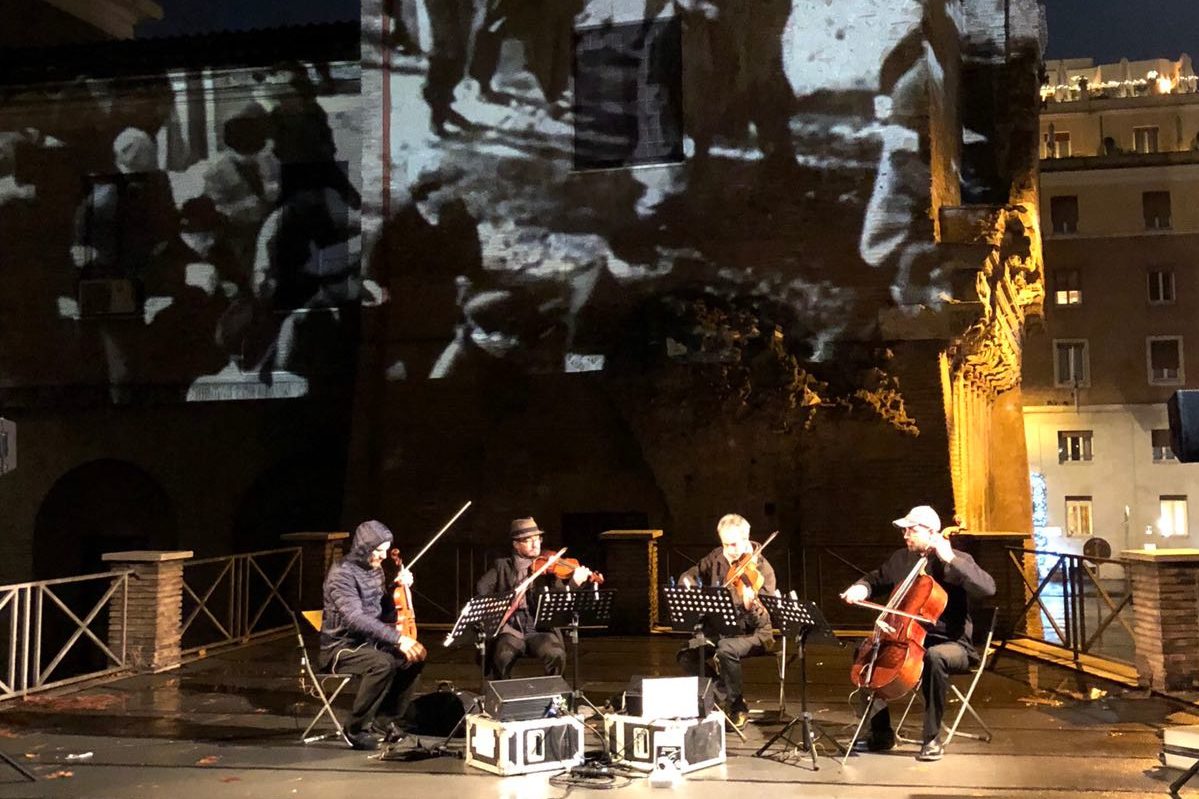 He is a founding member of the baroque ensemble “Festa Rustica”, of the string quartet “The Palm Court Quartet”, on a cross-over repertoire, and of the Italian-Israeli ensembe “Mediterranean Baroque Quartet”. 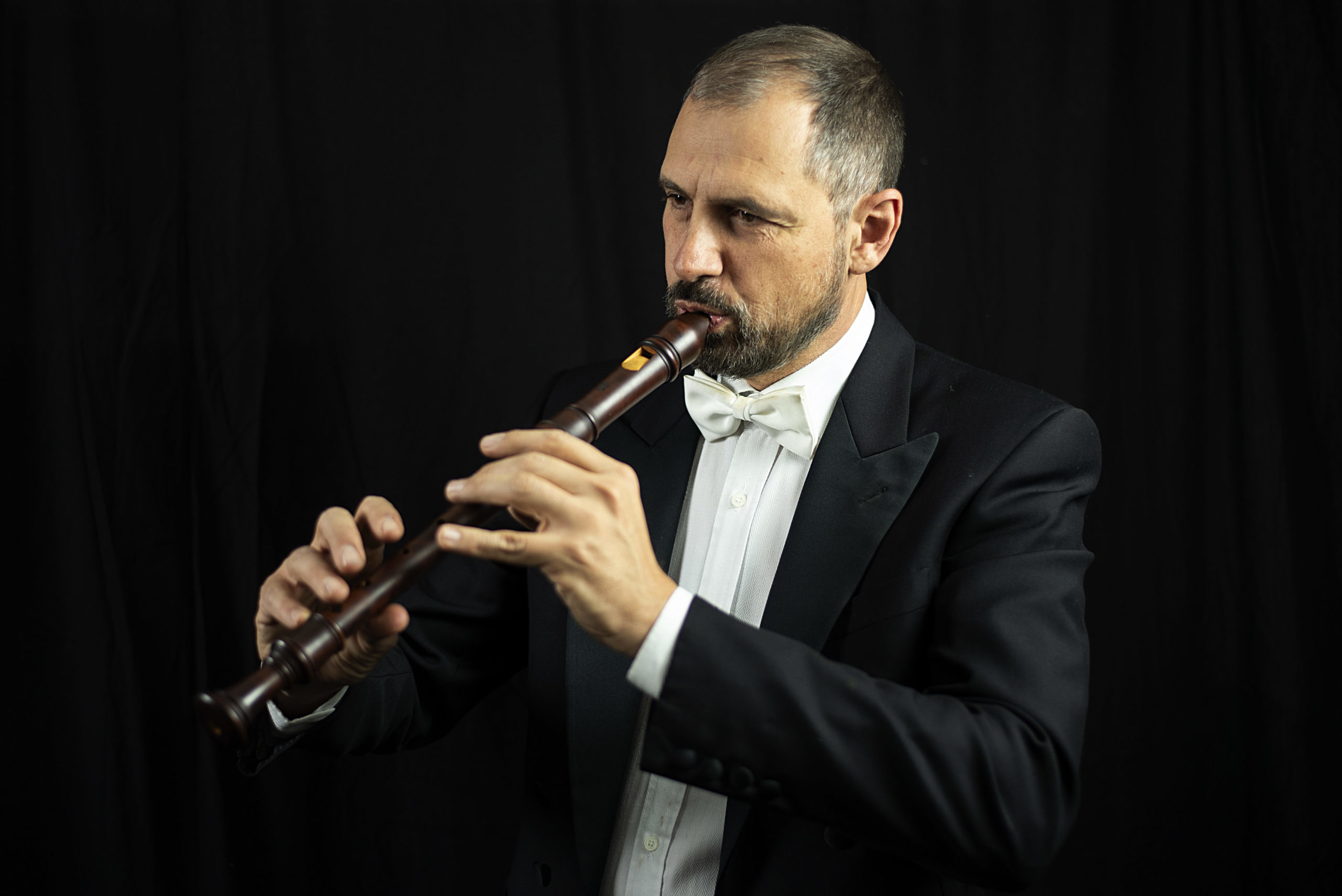 He is regularly invited to give solo recitals on the recorder
with harpsichord / piano / organ or guitar accompaniment with a repertoire ranging from the seventeenth to the historic twentieth century.

Giorgio Matteoli is a teacher of recorder, baroque cello and ensemble music at the Conservatory of Latina. He is a lecturer at the Summer College organized by Federico cesi festival in Trevi and has been invited to hold Masterclasses in Israel. 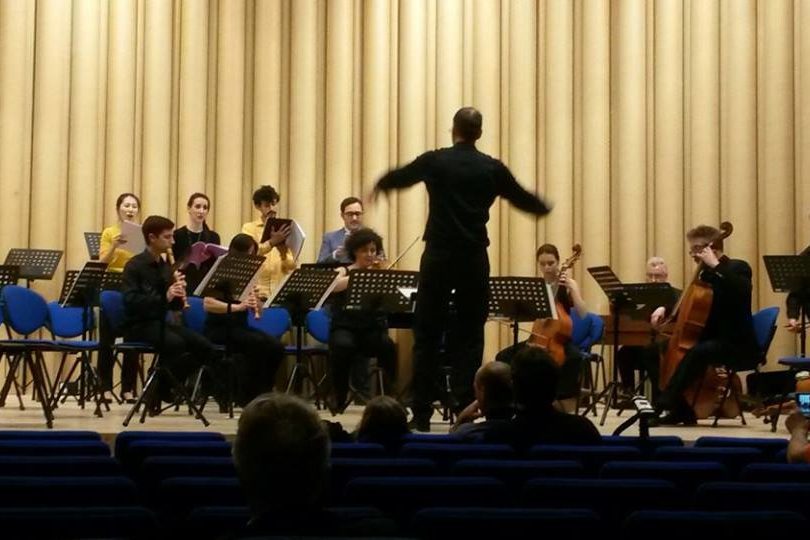 The new promo video of the album on the Antifone Mariane “Ora pro nobis” shot at the Monastero della Misericordia (LC) has been published in full. Click here for the[…]

A collection of reviews related to the project dedicated to the musician Francesco Antonio Vallotti and the Antifone Mariane album. 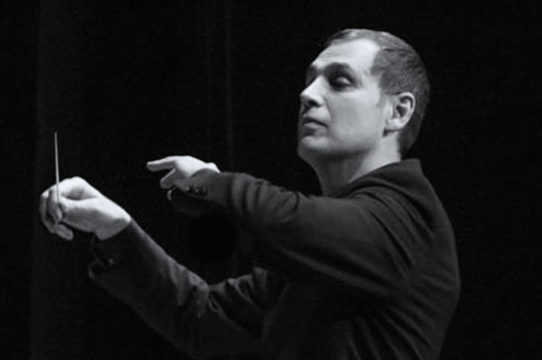 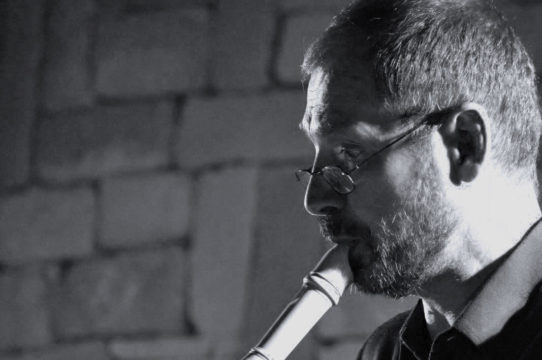 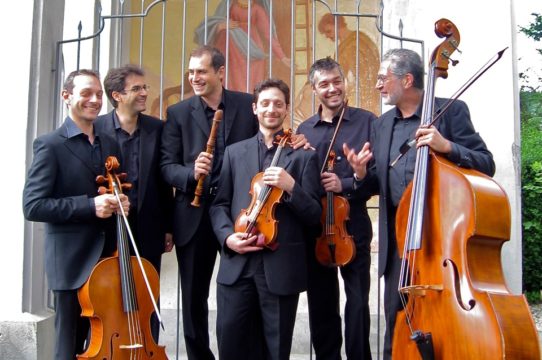