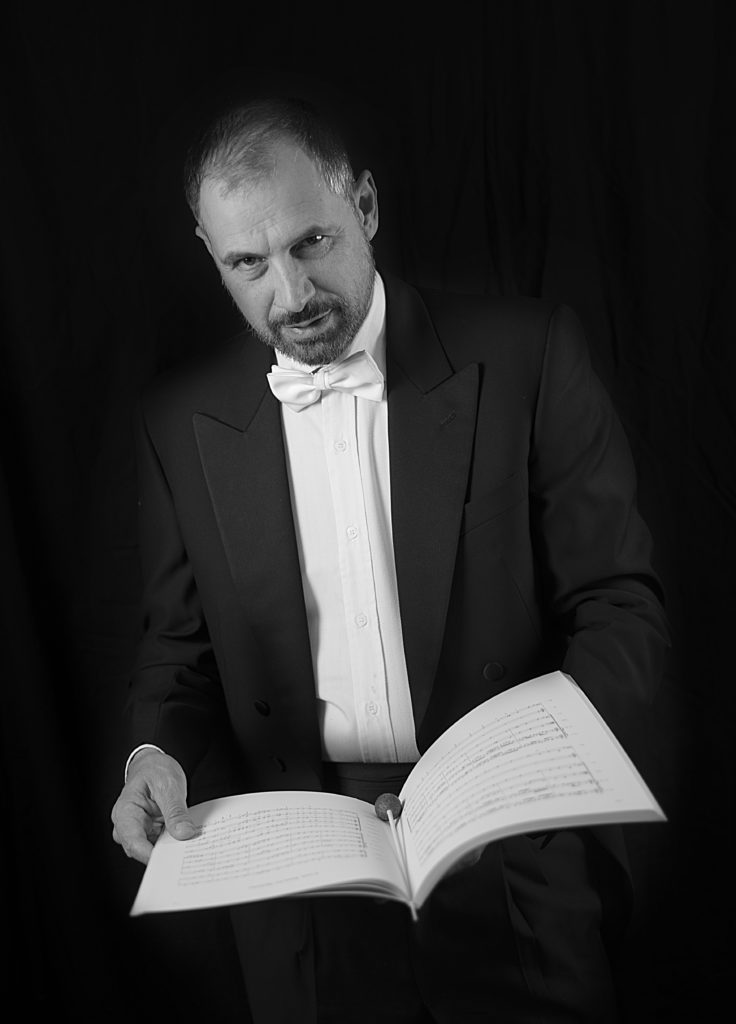 Love and interest in ancient music in Baroque, classical and pre-Romantic repertoire are the nucleus around which the Ensemble “Italico Splendore” is born and formed, which since its inception, in 2010, has directed its activity mainly in this meaning: a constant and in-depth research work on the sources and a scrupulous philological approach. The purpose of the ensemble components is to carry out a research work so that unreported repertoire can be brought to light, rediscover unknown authors, work on ancient manuscripts, giving new life to hidden musical treasures of a period in which the splendor of Italian musical art was a source of pride in the European courts. Italico Splendore’s activity is oriented in two main directions: production and preparation of musical performances, and musicological research and study. Music production has already been expressed through a regular concert activity at im bearing seasons and musical festivals, as well as in the realization of recording projects for labels such as Dynamic, Brilliant Classics and Novantiqua Records. The purely chamber music setting is the basis of the artistic-musical organization and the identification of objectives and guidelines in group management. All the components collaborate in full harmony, making their own human and professional contribution as well as artistic, coordinated by the artistic director Alessandro Andriani and his brother Claudio, first concert violin. All the group exponents, referring to the study of executive practice indicated by the treatises of the period, play on original or faithful copies of instruments of the age, with the use of gut strings, philological arches, historical keyboards, and original wind instruments, to faithfully reproduce the nuances of sound required by the composers. In the field of musicological research, Italico Splendore has set itself the objective of finding and exploiting an unpublished or little explored musical material. For this purpose, the activity is expressed in a work of transcription and philological publishing aimed at enriching the repertoire and publishing new scores. This commitment is also accompanied by a high level education and training course for young people, carried out through workshops, master classes, meetings and seminars that Italico Splendore organizes annually, collaborating internationally renowned artists and musicologists. 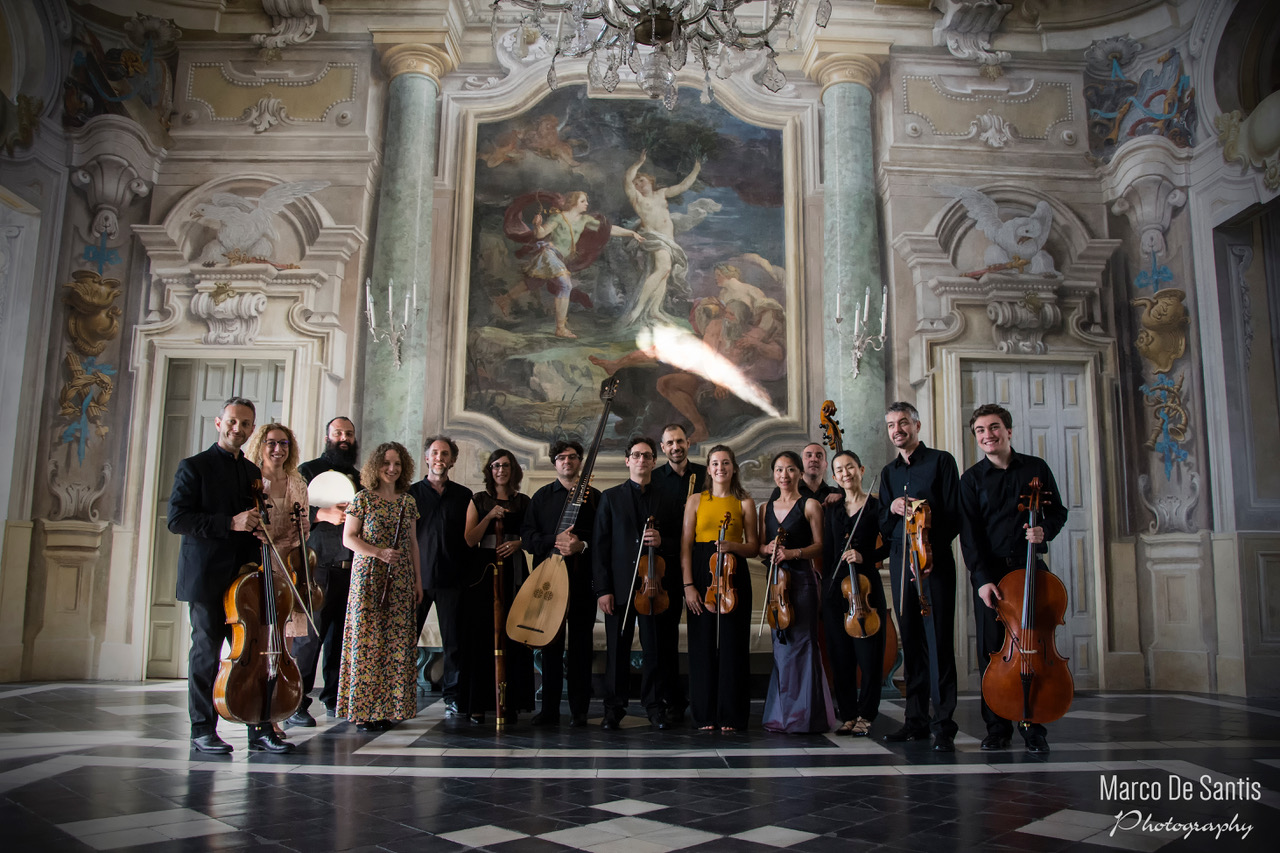 Born in Giulianova, Teramo, she studied singing very young and graduated with the highest possible First-Class degree at the Istituto Superiore di Studi Musicali di Braga, where she studied with mezzo-soprano Marina Gentile. She continued her studies at the Conservatorio L. D’Annunzio in Pescara under the guidance of soprano Manuela Formichella and obtained the highest degree possible again. She finished her musical studies at the Università degli Studi de l’Aquila and received full marks. She also studied with William Matteuzzi, Claudio Desderi and Fernando Cordeiro. At the same time she studied Baroque singing with Roberta Invernizzi ,Sara Mingardo and Sonia Prina. She frequented vocal courses at the Accademia della Voce di Torino, La Scuola di Musica in Fiesole and the Fondation Royaumont in Paris. She sang the roles of Ino and Cupid in J.Eccles’opera Semele at the Utrecht Early Music Festival, accompanied by La Risonanza Orchestra under the baton of Maestro F. Bonizzoni. In the first performace in modern time of the Gasparini’s opera Bajazet she sang the role of Zaida accompained by the Auser Musici orchestra under the baton of Maestro Carlo Ipata at the Festival Opera Barga (CD Glossa). She won the vocal competition of the « Piccolo Festival del Friuli » for her performance as Sandrina in Piccinni’s opera La Cecchina. At the same time in summer 2013, she sang the role of Maddalena in G.F. Haendel’s oratorio La Resurrezione at the Baroque Festival of the Fondation Royaumont in Paris, accompanied by the La Risonanza orchestra under the baton of Maestro F. Bonizzoni. She also sang the role of Acis in G.F. Handel’s Acis, Galatea and Polyphemus and L’Età dell’oro in A.Vivaldi’s La Senna festeggiante with the « Gli Archi del Cherubino » orchestra. Under the baton of Maestro C. Desderi she appeared in Mozart operas singing the role of Zerlina (Don Giovanni), Despina (Così fan tutte), and Barbarina (Le Nozze di Figaro), accompanied by the Orchestra di Padova e del Veneto. At the Teatro Comunale di Belluno she sang the role of Lesbina in B. Galuppi’s opera Il filosofo di campagna (DVD for Bongiovanni). She sang the role of Belinda in Purcell’s Dido and Aeneas under the baton of P. Del Nunzio conducting the « Gli archi del Cherubino » orchestra at the La Rocca Barocca Festival.

She was the winner of the « Arte in Canto » competition where she debuted in the role of Olivetta in the opera La Finte gemelle in a staging by Cesare Scarton and the conducting of M. Caporale. She was chosen to sing in the « Opera Studio » Tuscan project for Gluck’s opera Paride ed Elena under the baton of F.M.  Bressan and in a staging by A. Cigni at the Teatro Verdi di Pisa, the Teatro Goldoni di Livorno, the Teatro del Giglio di Lucca and the Opéra Royal de Wallonie in Liegi. At the Teatro Rossini she sang the role of Eurilla in a staging of Vivaldi’s Serenata a tre. She sang Iris in Handel’s Semele with the Baroque ensemble Les Nations in a staging by Thomas M. Zips at the Teatro Rossini di Lugo di Romagna. She is particularly familiar with the opera buffa of the & 18th century such as Pergolesi’s La Serva Padrona. She also sang the Stabat Mater’s Scarlatti in the Innsbrucker Festwochen der Alten Musick under the baton of M. Mencoboni and Gloria’s Vivaldi in the Sagra Malatestiana in Rimini conducting by F.Bonizzoni. Her repertoire of sacred music includes Pergolesi’s Stabat mater, Mozart’s Requiem, Handel’s Messiah, Jommelli’s Requiem.