“The good recorder amateurs can make an excellent impression, but in the hands of a virtuoso of phrasing and extemporaneous ornamentation as Giorgio Matteoli, less represented than he deserves in large concert venues and discography, are transformed into compelling listening experience. His interpretation is such as not to regret that offered in 1966 by Marion Verbruggen on CD Harmonia Mundi with the accompaniment of stellar stars such as Jaap ter Linden on cello and Ton Koopman on keyboards, indeed it surpasses it under the latter aspect for the greater variety timbre guaranteed by the theorbo and baroque guitar ” 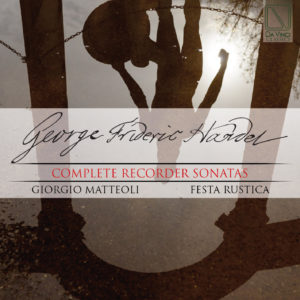